This Subunit Implementation Plan (SIP) elaborates on the Feasibility Study that was done in 2013 at the level of the (hydrological) subunit. It assesses the development options with regard to water infrastructure, Operation & Maintenance, agriculture, fisheries, and income generation, and gender. It also considers safeguards in respect of indigenous people, the poor and vulnerable, and the environment.

The subunit area is located in the SE part of Faridpur District and is spread over Sadarpur Upazila and part of Bhanga Upazila. Administratively the area is covered by 5 unions namely Manikdaha, Krishnapur, Sadarpur, Dheukhali, and Nasirabad. It comprises 3263 hectares with 24 villages. There are 7868 households with a population of 32,260.

The water infrastructure will benefit from a major overhaul: new construction of one bridge and one WMO building, along with re-excavation of khals over a total length of 8 km will reduce flooding and drainage congestion and thus benefit agricultural production. The cost of rehabilitation is estimated at some Tk. 362 lac.

A Maintenance Plan for the subunit -2 has been formulated where responsibilities have been delineated and costs for maintenance worked out. The total cost of preventive and periodic maintenance for subunit-2 has been estimated as Tk. 15 lac per annum of which WMA share would be Tk. 5 lac with BWDB bearing Tk. 10 lac. The WMA / WMG share comes to Tk.89/ ha/ year. The cost of WMO training has been estimated at about Tk. 12 lac.

To improve the existing agricultural conditions and to transfer the modern technology to the farmers’ level Training, Demonstration, Farmers’ Field School (FFS), Workshop, Fair, and Motivational Tour have been planned for implementation by the project. The cost of agricultural development (enhancement) activities of the SIP has been estimated at Tk 34 lac.

There are about 141.82 ha of fisheries resource in the subunit area among them 105.41 ha in culture fisheries and rest of 36.4 ha in capture fisheries, and the estimated total production is 986 MT/year.

Financing of the fisheries activities would require both beneficiary and project contributions. Beneficiaries will be responsible for all direct inputs cost required for fisheries production, both culture and capture because they will manage the activities through CAPs. The project will bear the cost of demonstration, basic training, refreshment training and motivational tour. The training cost (excluding preparation of training modules) amounts to some Tk 34.90 lac.

Household survey data shows that the total household of the subunit area is 7,868 and the population is 32,260. The average household size is 4.1. Out of the total population, about 35%-40% of households live below the poverty level. Out of the total population, the male is (53%) and female (47%), who are living in 24 villages within the subunit-2 area. The average literacy rate of a population of 5 years and above in the subunit area is 84% (and illiterate is 16%) which is much higher than the national average of 56.8%. The survey data show that out of total households, 7% of households are female-headed, who are widows, separated, live with a disabled husband, and survive with their own income. A number of Income Generating Activities have been elaborated that will improve the socio-economic condition of the destitute and female-headed households among others by job creation under LCS. The cost of the training program for Income Generation Activities and Gender is estimated at about Tk. 15 lac.

WMO formation process commenced with mobilizing Facilitators and awareness creation. Union-level consultations were conducted and consent for rehabilitation work has been obtained from the communities. The population has increased significantly since the time of the Feasibility Study (FS), hence the project “re-demarcated WMG areas”. Consequently, the total number of WMG's increased from 3 (at FS stage) to 12. Elections were held and all the WMG's have been formed.

ISPMCs and PMO will conduct Quarterly “Participatory Performance Assessment and Target Setting” (PPATS) sessions with Facilitators and WMO Monitors to assess their performance as well as the success of WMO  development activities. PPATS would be introduced to WMOs as one of the “exit strategies” and for ensuring the sustainability of GMOs. Strengthened WMOs would effectively undertake their primary functions like Operation and Maintenance (O&M) of infrastructure, providing production and related services in agriculture and fishery, livestock as well as other livelihood activities.

Lastly, a monitoring plan is given in order to monitor the progress of WMO formation and development, as well as the outcome (results) of the Subunit Implementation  Plan. 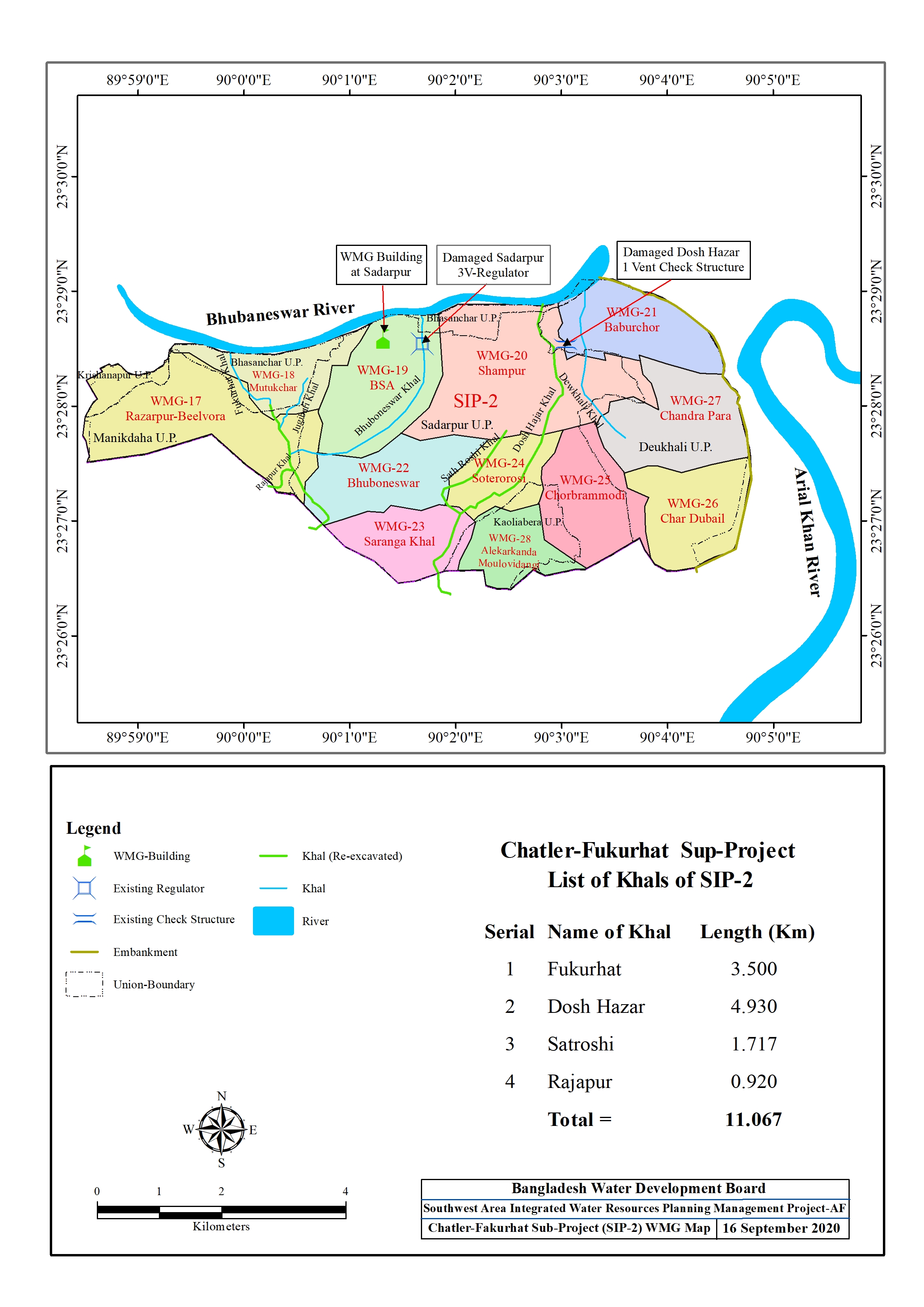