IN NARAlL,  CUCUMBER FARMING IS A BOUNTIFUL BUSINESS

July 2019 — Sankar Biswas & Apshari Biswas, a married couple from Korgram village of Narail District and active member of Jularkhal WMG. Belonging to a farm family, agricultural farming is the main earning source of this couple. Usually, Sankar cultivated rice in his land and Apshari helps him in farming activities. But the market price of the produce in compare to cost incurred was not good enough to lead their livelihood and maintain family affairs. 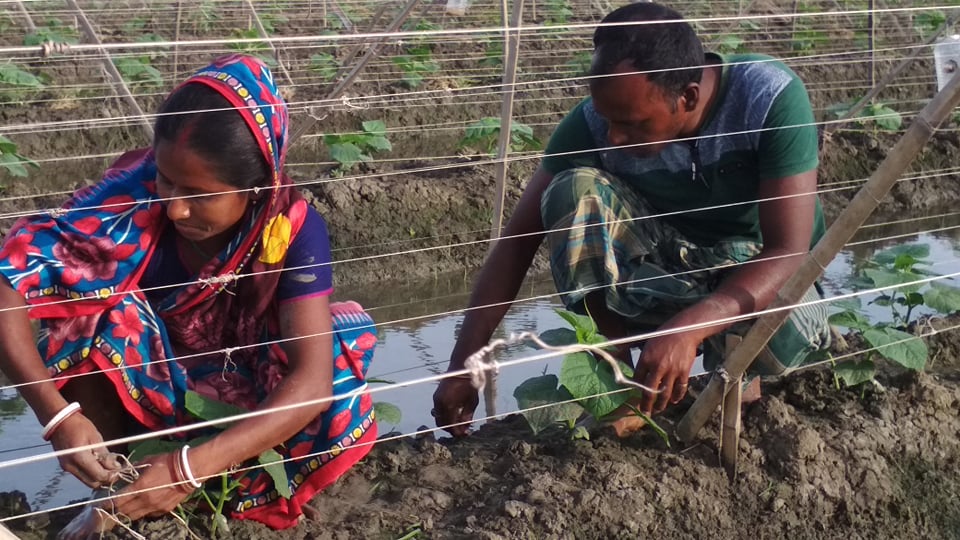 “We used to produce and sell rice to  earn our livelihood and take care of the family. But rice production and  processing was too much work for very little profit,” said Apshari.

As active member of WMG, this couple always play good role for the organization as well as for the community to improve livelihood by using water resources. They have real urge to change their livelihood by adopting market driven agricultural products. So they are always keep in touch with the officials of Southwest project for new ideas which ultimately increase profit margin from same piece of land.

In the meanwhile, they got the idea of Cucumber cultivation as profitable high value crop. Sankar discussed with his wife and decided to kick-off the new journey of cucumber production with 35 decimal of land as an experiment case. In 2018, first time they have cultivated cucumber in 35 decimal of land and harvested 140 mond (Approx. 5,600 Kg). 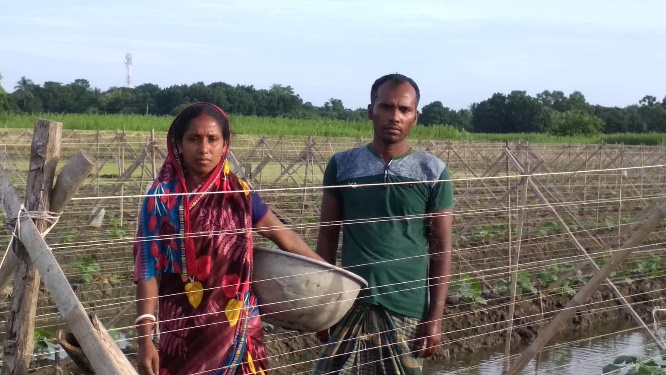 Using the profit, now they have constructed a residence building, continuing the educational expenses of three daughters and other family affairs.

This season (Mid-June to Mid-September), Sarkar took more 35 decimal lease and now his total production area is around 77 decimals. Other WMG members are also shifting from traditional agriculture towards high value crops like cucumber. Last season the cucumber production area of this particular zone was 41 acres and 95 members were involved. In the next season WMG is planning to increase the production area almost double by involving 150 members.