At the beginning of the session, all participants registered their name and filled-up the registration book and format by individual participants. CFs and SFs helped the participants to do it. Workshop was held at the Union Parishad (UP) building of Kawalibara which is situated within the sub unit area of Chatlar-Fakurhat subproject. After that mid-level WMO Specialist welcomed the participants for day long workshop at the Union level workshop and requested the Chairman to inaugural the workshop.

Md. Rezaul Karim, Chairman of Kawlibera UP presided over the function and Mr. Kamalur Rahman Talukder, Ex-Chief Engineer of BWDB and consultant of ISPMC attended as a chief guest in the inaugural session. Other respective experts and PMO officials were also present in the dais and audience. He delivered the speech about project and requested the officials to take activities properly mainly re-excavated the canals for irrigation and remove the water logged problems, and Mr. Chairman inaugurated the workshop with claps of hand. After that the Holly Quran and Geeta were cited by the participants and attended participants introduced himself with their name, address and occupation simultaneously.

Md. Kamalur Rahman Talukdar, PC, ISPMC stated that there is a long history behind the establishment of this organization. Following the frequent flooding occurred in three consecutive years from 1954 to 1956 and ultimately production of food decreased remarkably as a result the country faced a severe catastrophe. So a huge amount of food had to be imported to cope up with the situation. Even then the price of food grains was so high that most of the low income consumers did not have capacity at all to buy those. In this context, a mission, led by J A Krugg, former Secretary to the US government visited the flood affected area and made a recommendation for resolving the crisis. On the basis of recommendation, established the East Pakistan Water and Power Development Authority (EPWAPDA) in 1959. EPWAPDA was emerged following a government ordinance with two wings-water wing and power wing. After the independence, the EPWAPDA was abolished by a presidential announcement and two organizations were created in 1972, Bangladesh Water Development Board (BWDB) and Bangladesh Power Development Board (BPDB).In this connection, BWDB is continuing their activities properly.

After the presentation, an open discussion session was conducted to know problems on WMG formation, fisheries development, agriculture development, water logging problem and O&M of infrastructure etc. This session was mainly conducted through the respective experts.

Participants informed the following problems on fisheries, agriculture and infrastructure which were enlisted to address in SIP report.

1. Water logging problem,2.Only one crop being cultivated round the year, 3.No Farmer Field School (FFS), 4.Lack of knowledge in balanced fertilizer , 5.Lack of good quality seeds and 6.lack of agricultural training etc.

1. Water logging in rice crop, 2.Siltaion of canal. They informed this year main khal should be excavated and others branch Khals should also be included for excavation in the next year and participants informed Fukurhat Khal- length will be around 14.5 Km.

Md. Rezaul Karim, Chairman, Kowlibera UP who gave special thanks to all the attended participants basically BWDB, ISPMC and other officials those who spent their valuable time in this workshop. He agreed to all kinds of cooperation will be given to the project for success. Then he formed “Foundation Committee” which consists of 13 members including 3 female members and declared the name of the committee members one by one.

Lastly he closed the workshop with clapping of hands. 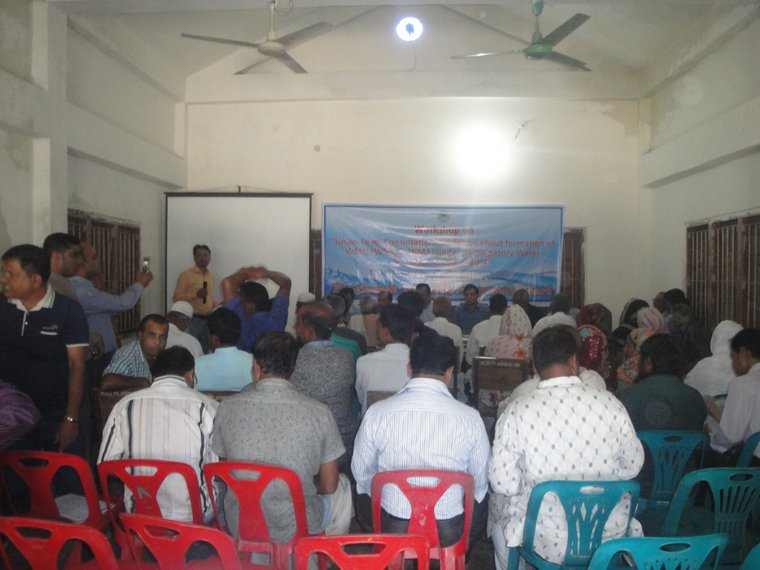 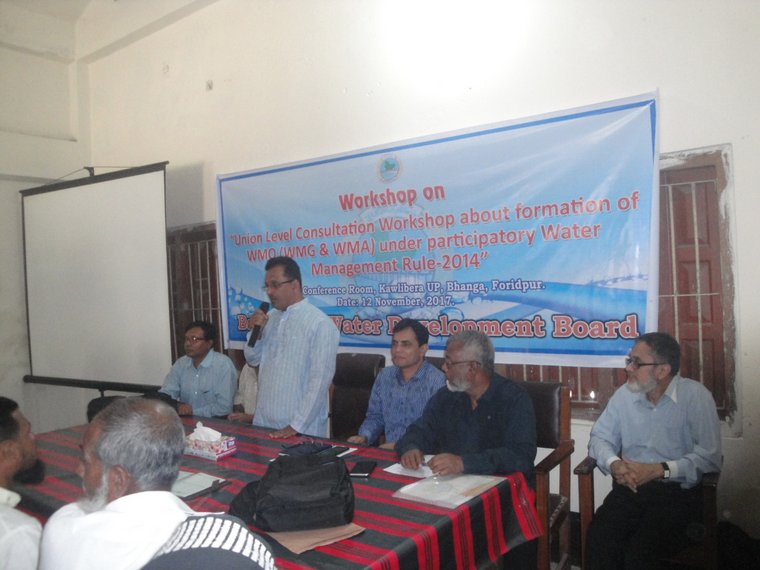 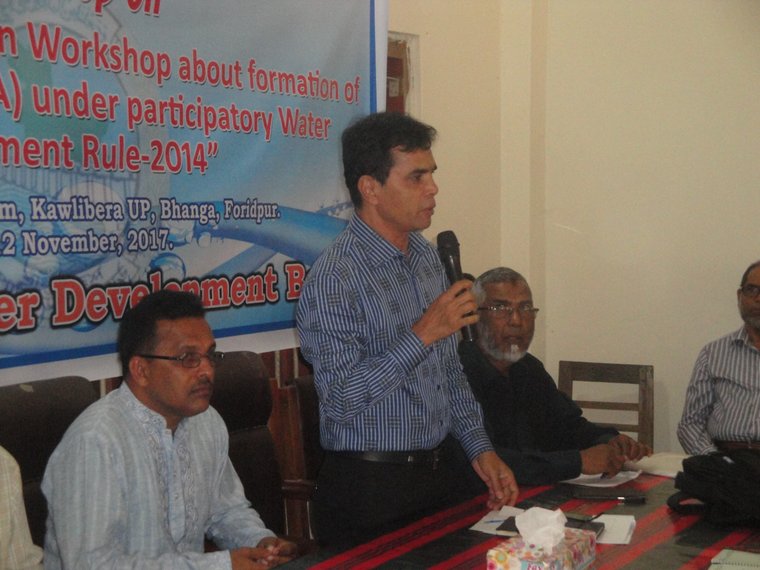 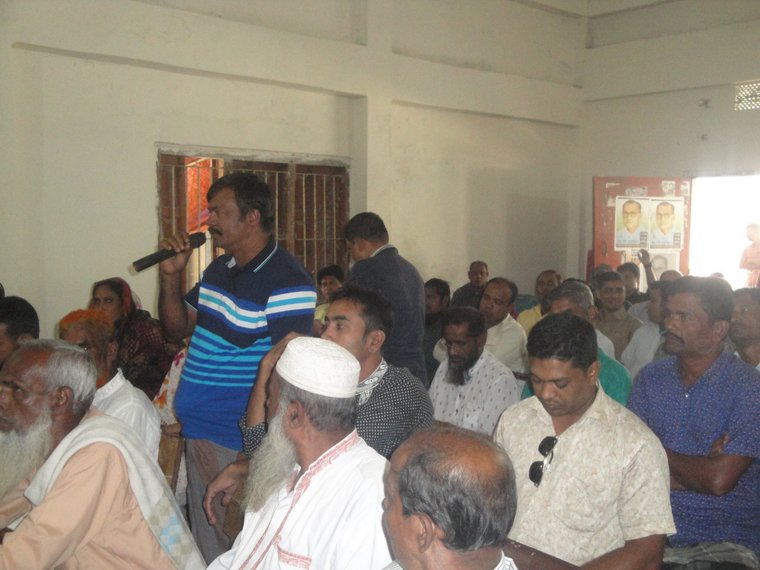